Seeing a physical therapist for pelvic issues can certainly be unsettling. Opening up about such personal matters is difficult and, allowing someone to physically treat you for those concerns requires a great deal of trust. At Northwest Wellness Group, we understand these concerns. Our experienced doctors of physical therapy specialize in pelvic health and respect the very personal nature of pelvic physical therapy. They also understand the significant impact that pelvic conditions have on quality of life.

Northwest Wellness Group is a private physical therapy practice and is the first specialty physical therapy clinic in Arlington Heights to focus specifically on urological and gynecological conditions. Our goal is to help patients gain function and improve their quality of life using a combination of advanced manual skills and traditional physical therapy approaches. We offer a wide variety of treatments including biofeedback, cold laser, electrical stimulation, and therapeutic exercise equipment, customized to each patient’s specific needs.

Meet Our Team of Specialists 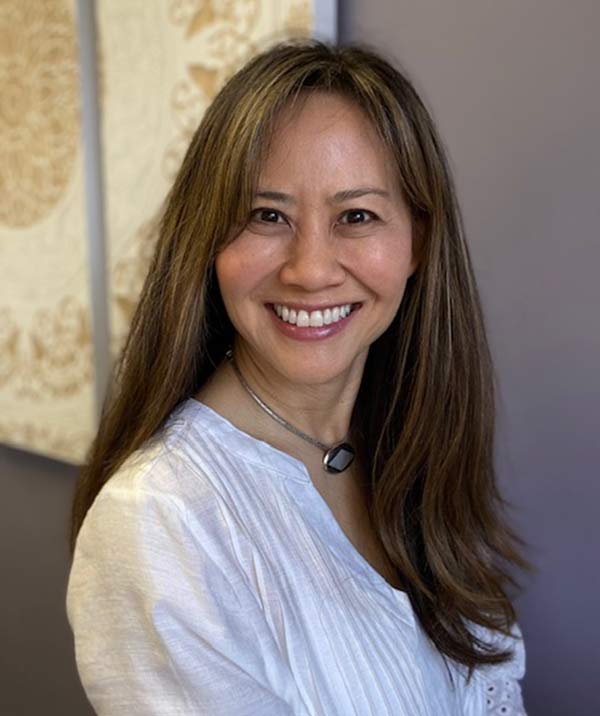 Doctor of Physical Therapy and owner of Northwest Wellness Group

Doctor of Physical Therapy and owner of Northwest Wellness Group

Rosie Radford, PT, DPT, BCB-PMD, received her Bachelor’s degree in Physical Therapy from the University of Illinois, Chicago and her Doctorate in Physical Therapy from Rosalind Franklin University of Medicine and Science. Her clinical interests are in treating bowel and bladder issues, pelvic and abdominal pain in both men and women, and sexual dysfunction.
She has received advanced training in specialized programs focused on pelvic health and specific manual skills.

After many years working at Northwest Community Hospital and expanding the hospital’s pelvic floor program, in 2014, Rosie founded Northwest Wellness Group. She realized a growing need for a specialty clinic to address this specific area of the body and the sensitive issues that are involved.

Rosie has been a lab assistant for the Herman and Wallace Institute and has a Certificate of Achievement in Pelvic Physical Therapy (CAPP) from the APTA Section on Women’s Health. She continues to be involved in training and educating other therapists, as well as keeping up with the latest evidence and treatments for pelvic floor dysfunctions.

Rosie lives with her husband and their two daughters. The family enjoys travel, hiking, and skiing. They are also foodies who enjoy Chicago’s fantastic restaurants. 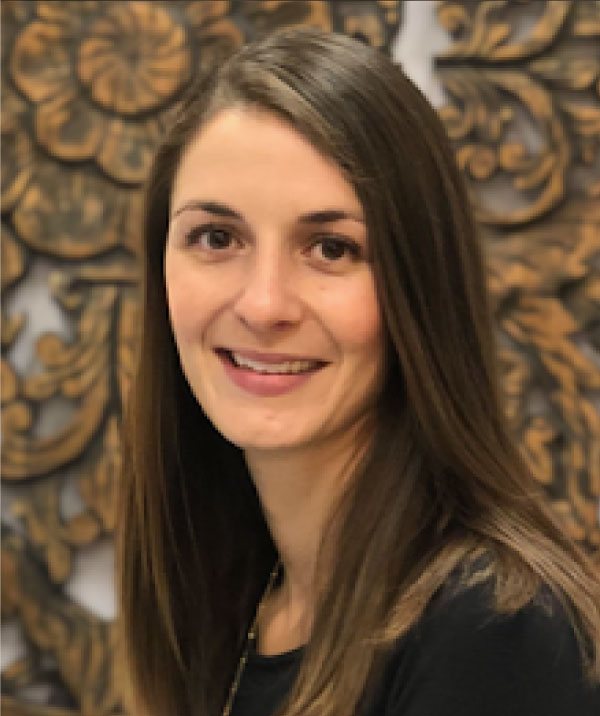 Deanna Jones, DPT received both her bachelor’s degree in Exercise Science (2005) and her Doctorate in Physical Therapy (2007) at Marquette University. Deanna has worked in orthopedic settings and has focused on Women’s Health and pelvic floor dysfunction for the last 9 years. She has completed specialized training through the Herman and Wallace Institute and continues to regularly attend courses to further her knowledge.

Deanna enjoys working with the post-partum population and patients with pelvic/abdominal pain, pelvic organ prolapse, and bowel/bladder incontinence. Coming from an orthopedic background, Deanna always looks at the whole body and its effects on the pelvic floor. Deanna enjoys reaching out to the community at various events, studios, and clinics to spread the word about pelvic health. Problems are common but not normal. People should not be ashamed to talk about their issues.

Deanna lives with her husband, son, two twin daughters, and dog in Arlington Heights. She loves cooking and baking as well as running and yoga. Because life is all about balance! 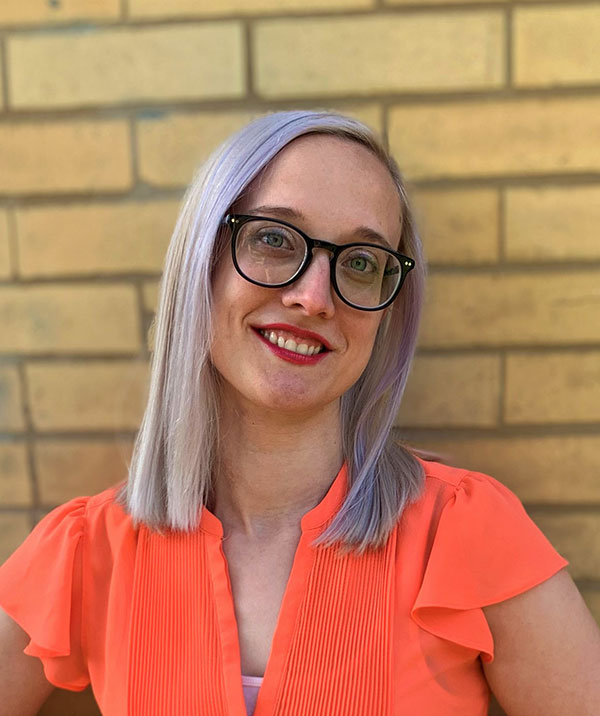 Karla Wente is a Doctor of Physical Therapy and Women’s Clinical Specialist, graduating from Washington University in St. Louis Program in Physical Therapy in 2013. She completed her Clinical Residency in Women’s Health with a focus on the application of the movement system in 2014. She has practiced in private practice for most of her career throughout Chicagoland (her hometown) and has focused on the evaluation and treatment of males, females, and children with pelvic health conditions.

Karla also loves to treat orthopedic conditions from a movement system approach and loves treating older adults. In addition to her pelvic floor specialization, she loves education and has served as the Educational Review Committee chair for the Academy of Pelvic Health, earning her Volunteer of the Year from the Academy at Combined Sections Meeting in 2020. She loves all things patient education, teaching, clinical instruction, and mentorship and has served in a variety of capacities in all of these roles. She has also recently started PhysioSage, which is an Instagram account dedicated to promoting physical therapists as patient educators.

When she is not geeking out about physical therapy, she loves to do yoga, write and make music (she plays 6 instruments!), go for long walks with her husband, and spend lots of time cuddling her two cats, Meeper and Sarabi. 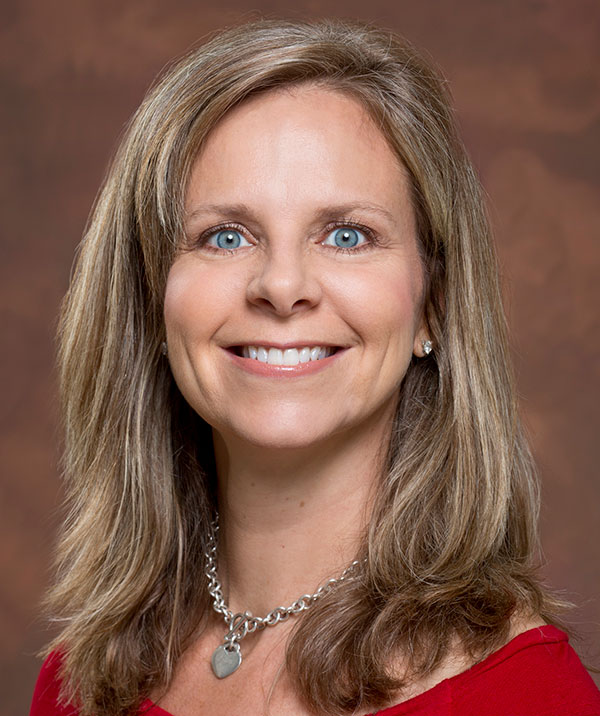 Maureen Brennan, PT, DPT, PRPC received her bachelor’s degree in Physical Therapy from the University of Illinois, Chicago, and her Doctorate in Physical Therapy from Rosalind Franklin University of Medicine and Science. She is delighted to have been able to start and build up an amazing pelvic floor physical therapy program at Rush University Medical Center. During this time, she learned an amazing amount collaborating with a passionate multidisciplinary group specializing in treating men and women suffering from complicated pelvic floor dysfunction that had often failed treatment elsewhere.

Additionally, Maureen had the joy of working with pediatric specialists to help children and their families attempting to manage frustrating bladder and bowel issues. She was excited to be part of new frontiers preparing for the beginning of Rush’s gender confirmation program during her last year at Rush.
Maureen jumped at the chance to educate university-based physiotherapy programs in Ghana with support from the Foundation for Urogynecological Assistance in the winter of 2018. Over the years she has had the pleasure of speaking to many groups of practitioners, patients, and fellow employees about all things pelvic including pain, bowel, bladder, pregnancy, and postpartum topics. She is proud to be certified through Herman and Wallace as a pioneer Pelvic Rehab Practitioner.

Most recently she has been delving into research to better understand how the diaphragm and breathing patterns play into pelvic floor, orthopedic, and mental health issues. She loves to make the complicated simple and the path to success as easy and painless as possible. She realizes each patient is an individual which means how she connects with the patient, approaches the concerns, and guides changes to optimize function, healing and wellness need to be customized. Teamwork, listening, and education are the foundation of her treatment philosophy.

Maureen loves to travel, especially with her husband and three children. In fact, they have explored each of the 50 states for at least one day though often quite a bit more. After traveling the country mostly by car, they have now embarked on international travel. Maureen also enjoys experimenting with fun foods and cocktails which she balances with all sorts of workouts and adventures that don’t involve great heights. 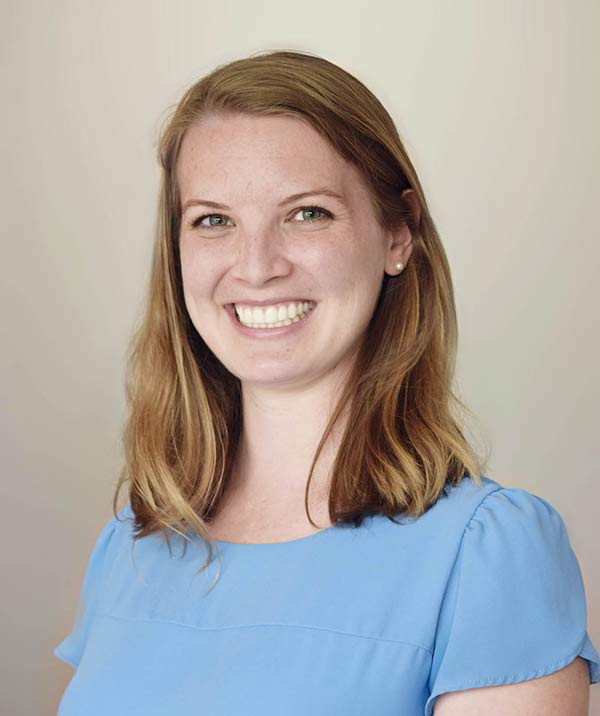 Nicole is passionate about treating all pelvic and abdominal conditions, including fecal/urinary incontinence, constipation, pelvic organ prolapse, and post-surgical recovery. She has special interests in the pregnant and post-partum population and individuals with pelvic pain and sexual dysfunction. In order to treat the whole person, she is always willing to help her patients reach out to other healthcare professionals to address all issues related to each individual’s unique condition as a team.

At home, Nicole spends her time with her husband and cats and enjoys cooking, singing, and traveling as much as possible. 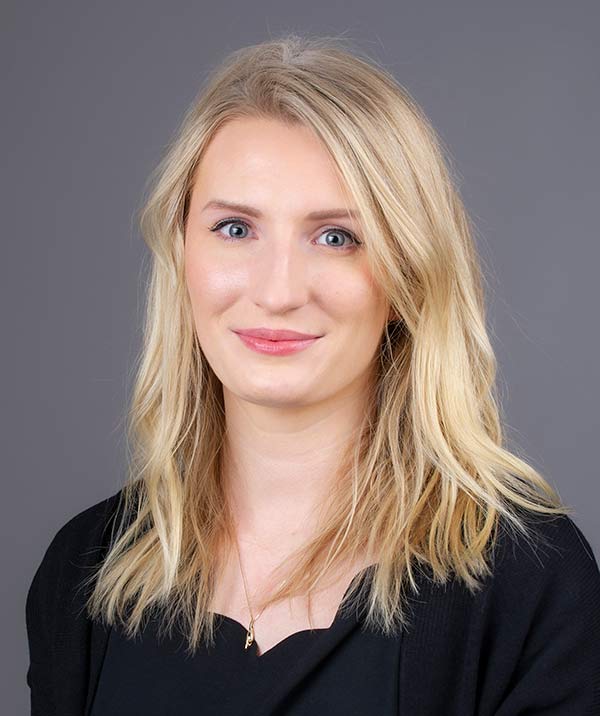 Dominika Manko, DPT, received her Bachelor’s degree in Kinesiology from the University of Illinois at Chicago and her Doctorate of Physical Therapy from Rosalind Franklin University of Medicine and Science. Dominika has experience working with patients in orthopedic and pelvic therapy settings. Her clinical interest is treating pelvic floor dysfunctions including bowel and bladder issues, and pre-and postpartum conditions. Dominika implements an evidence-based approach to treat female and male pelvic floor conditions. Dominika is passionate about advocating for pelvic physical therapy and educating patients on how they can successfully achieve their goals. She continues to keep pace with the latest research and treatment methods. 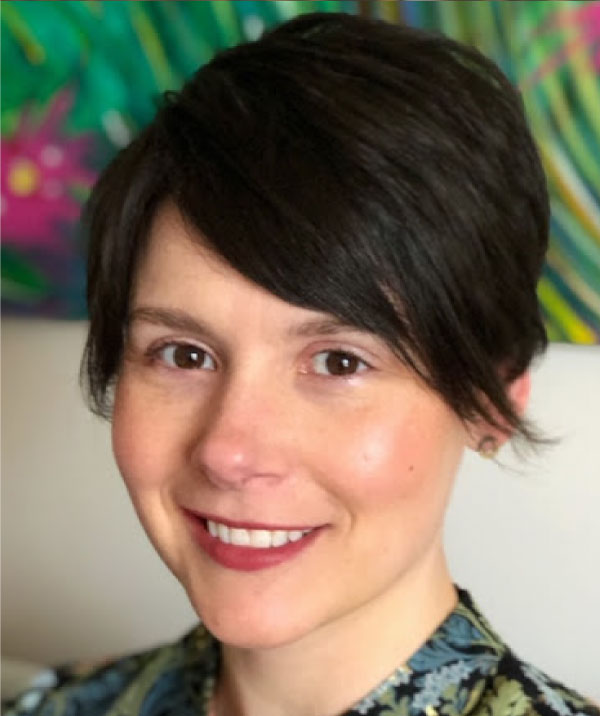 Megan has practiced a variety of yoga styles for many years. Her practice has helped improve her mental health and pelvic issues. In 2017, she completed her 200-hour yoga teacher training at Pulsation Yoga. Her athletic background coupled with librarianship infuses her teaching style with a compassionate and resourceful approach. Her goal is to empower people to take an active role in self-inquiry and healing through gentle yoga. 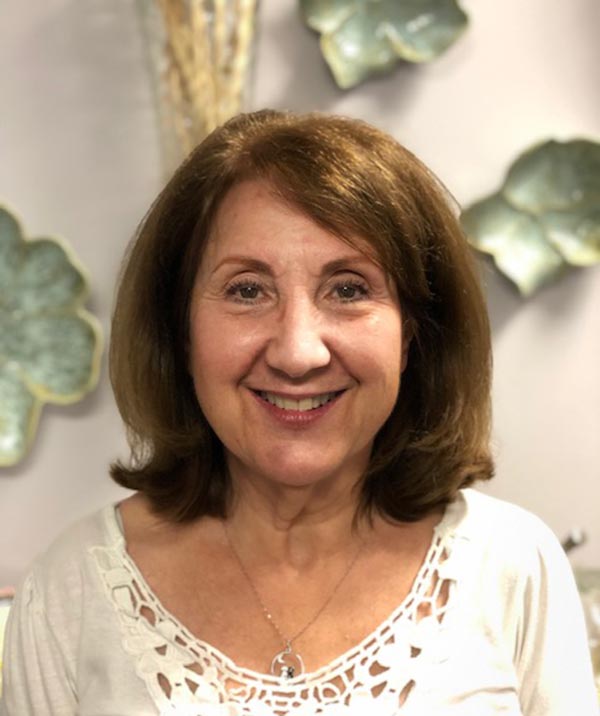 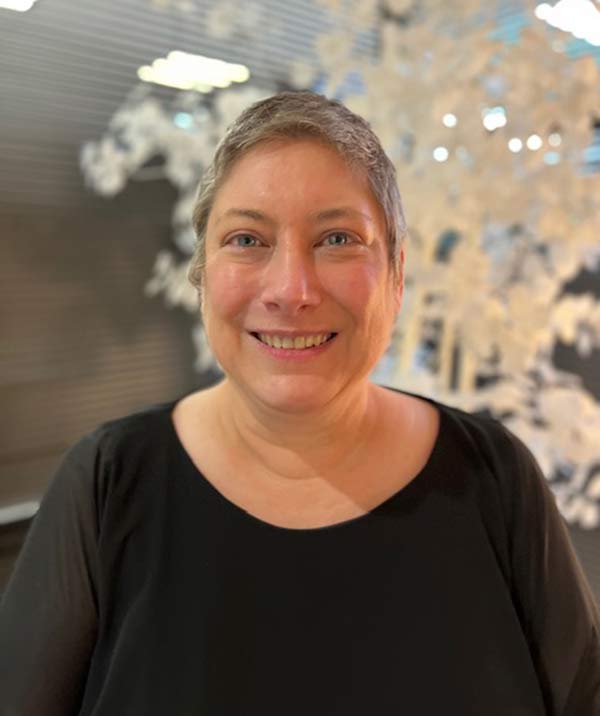 Begin Your Journey to Better Wellness

If you need a specialized physical therapist, I highly recommend Rosie Radford. Rosie is very competent, kind and compassionate about her work. Rosie is truly professional and puts you at ease knowing how difficult and personal these issues can be. Rosie had genuine concern for my treatment and well-being. Most importantly, Rosie’s treatment worked! 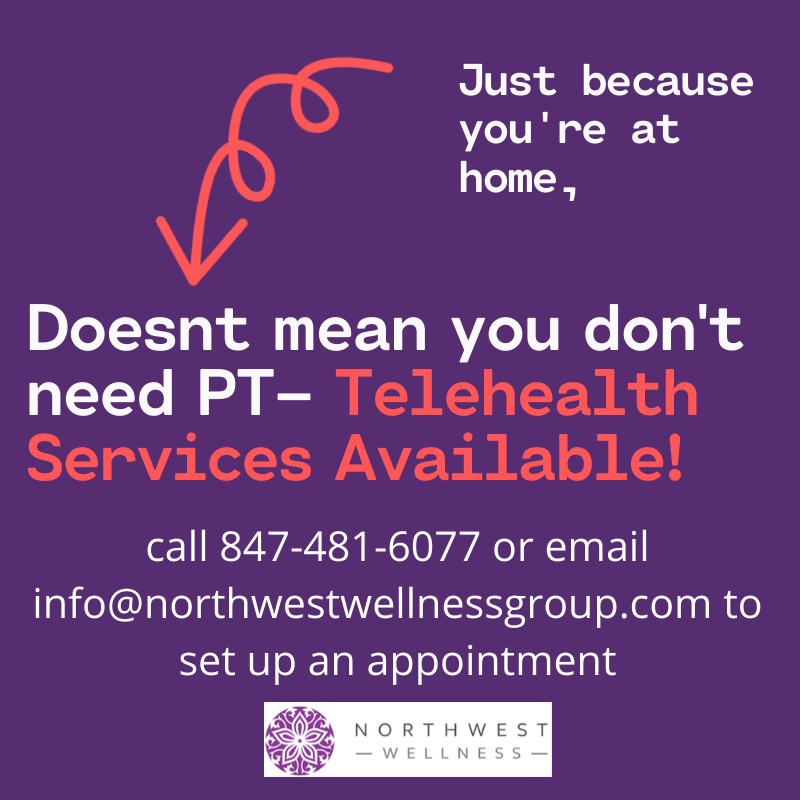